The Kalabagh Dam is a contentious project that has received opposition from residents along its banks as well as Sindhi Nationalists, some from KPK, and others from Punjab. Construction has also been slowed by a lack of government backing. The Kalabagh Project, which began in 1953, was conceived with the goal of irrigating barren plains in Pakistan with water from the Indus River.

Despite the fact that building has been paused, Pakistan requires this dam for a variety of reasons, not the least of which is to battle climate change. Let’s look at some of the benefits and drawbacks of constructing this vital structure.

One of the primary objectives for constructing the Kalabagh dam was to reduce flooding. In 2010, strong rains caused flooding in one-third of Pakistan. As a result, billions of dollars were lost owing to property damage, power outages, and water supply disruption.

The most effective technique to avoid flood damage is to build a reservoir upstream so that water may be held before it reaches agricultural land or villages. Many people, however, contend that this would have an impact on farmers who rely on irrigation for their crops and livelihood.

Furthermore, if more water is collected downstream, dams like Tarbela (which generates the majority of Pakistan’s electricity) may silt up since rivers have less energy when they meet low-lying areas.

Some say that the Kalabagh dam will not boost irrigation significantly, but will instead cause problems with river flows downstream. Finally, the project has been stalled for decades due to disagreements over its site.

The PPP government recommended a different location, however Nawaz Sharif’s government preferred the original plan. Following his election victory in 2018, Imran Khan stated that he would reconsider both alternatives, but presently appears to be leaning toward proceeding with construction at the original site.

It is currently unknown how the Kalabagh dam will effect Sindh’s social and natural systems. As the IWT is renegotiated, there may be an opportunity to better align subnational concerns. If India-Pakistan diplomacy fails, Sindh will likely become increasingly exposed to upstream developments in Punjab and India.

What Are the Advantages of the Kalabagh Dam?

Here are some of the Kalabagh dam’s advantages for Pakistan.

Who Will Benefit From the Kalabagh Dam?

The Kalabagh Dam benefits everyone in Pakistan. More over three-quarters of the country’s population resides downstream of this reservoir, which will provide a more stable and predictable water supply. As a result, rural farmers can water their crops all year.

Finally, damming the Indus River would provide hydroelectric power, potentially resulting in cheaper electricity for all Pakistanis. The Kalabagh Dam’s construction has been delayed since it was first proposed in 1953 due to political turmoil amongst regions.

In 2008, the government produced an expert panel study on whether or not to build the dam, which concluded that it is critical if Pakistan’s agricultural economy is to thrive. Despite this evidence, nothing has been done. The people of Pakistan have a right to know why the dam has not been built and what circumstances have contributed to its delay.

Where Will We Get Water After The Kalabagh Dam Is Built?

One of the primary difficulties that all Pakistanis confront, particularly those in Sindh, is a lack of access to safe drinking water. Millions rely on groundwater reserves, which are rapidly decreasing. Every day, billions of gallons of water are lost due to pollution, leaks, and over-pumping by huge landowners.

To put that into perspective, if new sources are not found soon, our groundwater reserves will be depleted in less than a decade. The Kalabagh dam is the only means to deliver pure water to all of Pakistan’s citizens.

Economic growth and job creation are expected as a consequence of enhanced irrigation. The prevention of natural disasters such as floods as a result of better water management, and improved health conditions as a result of the availability of safe drinking water. With these advantages in mind, how can anyone argue against the construction of the Kalabagh dam?

Some argue that if the Kalabagh dam is built today, they will never need to build another. Others argue that there isn’t enough energy demand to justify the project’s expense. These arguments may be valid, but they do not solve Pakistan’s demand for increased water resources.

The government has a responsibility to fix these issues so that they do not worsen. but where will we receive water after the Kalabagh dam is built? The construction of the Kalabagh dam would be a no-brainer solution. We can no longer afford to ignore this crisis.

Pakistan’s population is quickly growing, with Karachi being one of Asia’s fastest-growing cities. This rapid growth increases water consumption, putting a strain on Lahore and Peshawar, which rely on groundwater.

Karachi is a water-scarce metropolis due to high demand and poor supply, necessitating massive volumes of imports from India (the Indus River is vital for Pakistani agriculture). Millions of people are at risk of losing their drinking water in the future years unless current conditions improve.

To make up for this gap, scientists have advocated building the Kalabagh dam in Punjab’s northwest state. The dam would allow irrigation and bring much-needed assistance to other areas suffering from water scarcity, including Sindh, Punjab, and Khyber Pakhtunkhwa.

However, other people are opposed to the dam’s development because of its harmful impacts on the environment and the economy

The Primary Causes of the Kalabagh Dam Construction Delay

Many of the arguments mentioned for not progressing with Kalabagh Dam development are economic in nature, however with all of the economic benefits to be garnered from this project, it is difficult to see why any logical investor would wish to halt construction.

One main argument against the dam is that it will incur significant initial losses due to the conversion of low-efficiency agricultural to higher-yield farming. However, because some analysts anticipate that increased oil prices will lower the cost of electricity generation in the future, completing the Kalabagh dam now could prove advantageous.

Another point of contention is overcompensation for people who have had their land taken away by authorities. However, considering all of the relocation work done in Sindh and Punjab provinces on other infrastructure projects (such as the Tarbela Dam), compensating those who will lose their property as a result of this project should be simple.

All that remains is to establish a separate authority or court to handle compensation disputes stemming from relocation from the area where the Kalabagh Dam would be built.

Given all of these factors, it’s puzzling that Pakistani governments continue to be hesitant to embark on this project, which has the ability to provide energy security while also easing poverty in our country.

When is Pakistan going to make peace with itself? When will our differences outnumber our similarities? Instead of worrying about how India is stealing our water. We should consider how much electricity can be generated by the reservoir once it is built.

Instead of obsessing over why they won’t build the Kalabagh Dam. We should start thinking about how we can power our economy even more than we already do. We must build this dam quickly if we want to thrive economically.

Disclaimer: The material regarding the Kalabagh dam in Pakistan was collected through internet research. The facts, data, and opinions offered throughout the text are not obliged to be accepted by the readers.

When is Pakistan going to make peace with itself? When will our differences outnumber our similarities? Instead of worrying about how India is stealing our water. We should consider how much electricity can be generated by the reservoir once it is built.

Instead of obsessing over why they won’t build the Kalabagh Dam. We should start thinking about how we can power our economy even more than we already do. We must build this dam quickly if we want to thrive economically.

Disclaimer: The Information regarding the Kalabagh dam in Pakistan was collected through internet research. The facts, data, and opinions offered throughout the text are not obliged to be accepted by the readers. 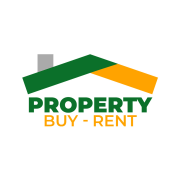 Curtains for a summer house

What are the nursing assignment topics covered in assignment writing services?